Discontrol Party is a festive and interactive installation. People come to see a concert of electronic music and are put in a venue equiped with lots of video surveillance cameras. People can also wear a scarf with a kind of active RFID tag. This is part of an indoor positioning system. And people are tracked with 50cm accuracy in 3D space. Tracking information are displayed all over on the walls of the venue and crossed with video tracking data. This project was first show in Valencienne at Espace Pasolini in november 2009 and a second time at the Gaité Lyrique in june 2011.

For the second event I was in charge of technical supervision and video tracking development. I made a video server which grabs 8 IP cameras placed on the ceiling and composes a unique big video stream with them. It corrects perspective distortion for each camera and send this stream over the network for tracking purpose on other computers. Here is a snapshot of the stream on which RFID tracking data are shown. 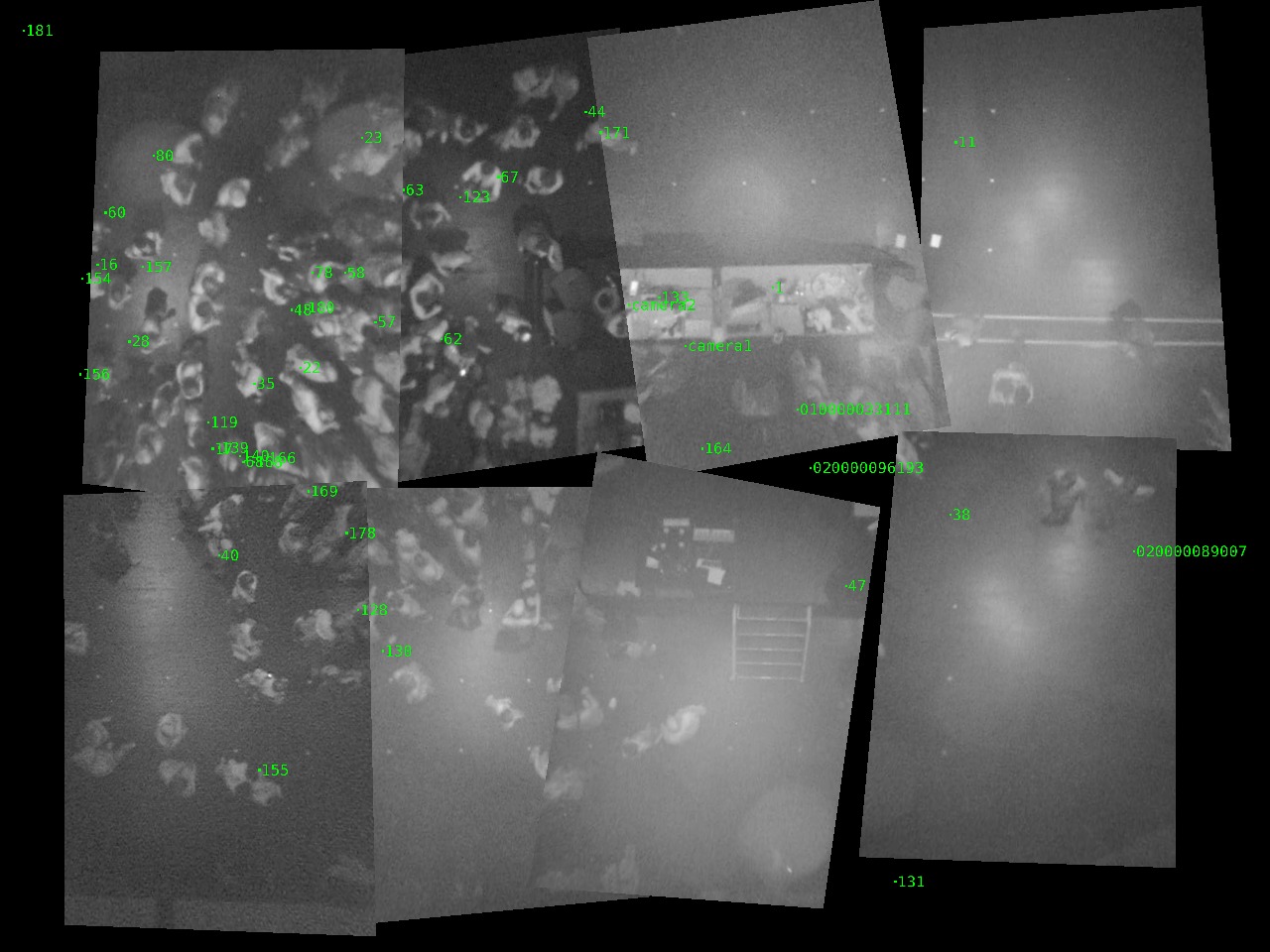